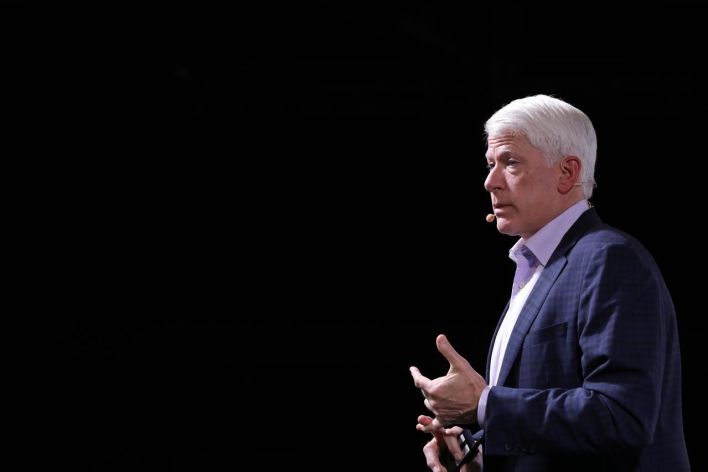 Ask for Help, and You Shall Receive

Larry Freed, president and CEO of Give and Take Inc., at the “Women in the Workplace” forum.
ANDREW DAVIS FOR THE WALL STREET JOURNAL

“We can ask Alexa, Siri or Google, but that won’t replace the experience of asking our colleagues,” says Larry Freed, chief executive of Give and Take Inc., an Ann Arbor, Mich., software company focused on knowledge collaboration.

Asking for help can be difficult at work because many organizations have a stigma against asking for help, he said during The Wall Street Journal “Women in the Workplace” forum in San Francisco on Tuesday. For some, there is fear it will be considered a sign of weakness. Others don’t ask because they don’t know who to ask, he said.

Requesting help is hard regardless of gender, according to research by Give and Take.

A majority of respondents in a survey of 200 people said it was equally hard for men and women to ask for help.

Companies should encourage employees to request help because it’s a great way to build social capital and trust in professional relationships with both supervisors and subordinates, according to Mr. Freed. Additionally, asking for help is “a great sign of strength,” as it shows you’re putting your project or company “ahead of your own ego.”