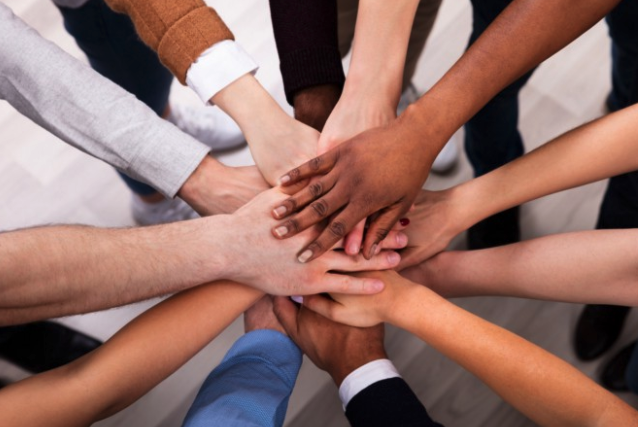 Unconscious bias is an unstoppable force. As humans, we all experience it, and the behaviors that result are often unintentional. It’s not something we can completely defeat — however, it is something we can become aware of, disarm and subdue, if we recognize that it’s there. This series is meant to put unconscious bias on blast when it comes to VC decision making.

What it is: Affinity bias is the subconscious tendency to ‘get along,’ gravitate towards, socialize with, and even invest in those who are similar to us.

How and why does this bias manifest itself? What are the implications?

No doubt that affinity bias has had a big impact in the lack of diversity and inclusion in the startup and VC world. This bias shows up in many ways in both startups and VC’s — a few examples include:

You could spend months or even years unpacking why this bias exists, but at a high level, affinity bias stems from our evolutionary need for safety and security. We tend to interact with people who are similar to us because it is perceived as safe.

The implications behind affinity bias are all around. Without recognizing this bias and working to combat it, there is an imbalance in who gets funded, who gets hired, who earns entrepreneurial experience, and this imbalance compounds over time. Succumbing to affinity bias ensures insular thinking, stifles creativity, limits possibilities, and contributes and compounds the inequities in the world.

How to combat this bias:

With all biases, there is a fine line between sound judgment based on facts and unconscious bias. And quite honestly, sometimes the line is difficult to see. However, here are a few ways to actively fight this bias:

1) Recognize that affinity bias is a thing — You can’t fight what you don’t see.

2) Dig deeper in people evaluation — Admittedly, in creating a ‘profile’ of an ideal entrepreneur, founding team, employee, some attributes do give a legitimate leg up in the startup world. For example, prior entrepreneurial experience is a proven predictor of success; however, there are underlying demographics behind people who have had the means to start and run their own tech company.

I would challenge decision-makers to dig deeper in their evaluations of entrepreneurs and employees. In this example, if they don’t have direct experience working for a tech startup, did they do something growing up that was entrepreneurial? Have they had an experience in their background where they’ve had to overcome odds that were stacked against them (as startups always have to do!)? Do they have legitimate side hustles that show that they are willing to go the extra mile? Are they able to surround themselves with people who can provide entrepreneurial ‘wisdom?’

3) Hire for ‘culture add’ — Data will show that diversity makes us all smarter. Instead of prioritizing ‘culture fit,’ challenge your companies and your own team to look for new hires that add to the team dynamic. Someone who thinks differently, comes from a different background and has had different experiences will only enhance team performance and spark creativity.

Next Up: Part II — Confirmation Bias