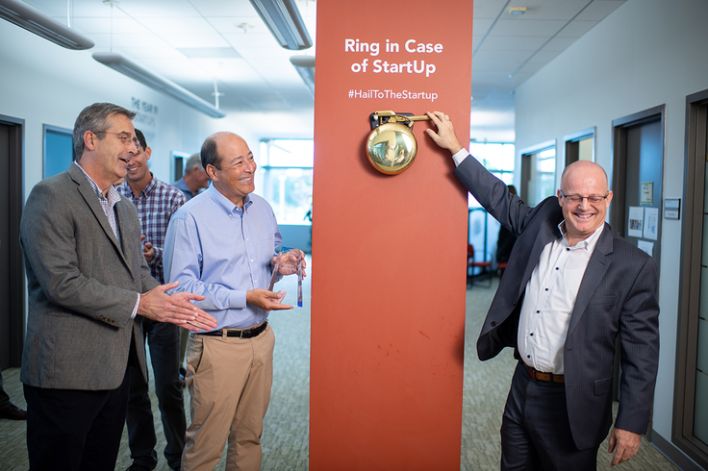 A record 22 startups were born at the University of Michigan this year, adding to its portfolio of 230 startups that raised a total of $643 million in FY2019.

Licensing revenues are generated through agreements allowing a startup to use the university’s intellectual property.

Among those launched in 2019 are an AI firm that converts video into neatly packaged data and a software company aiming to bring “the world’s smallest computer” to market.

UM says it has spun off 86 companies in the past five years. The university spent more than $7 million to patent 198 inventions created there in 2019, up from 183 patents last year. The number of invention disclosures at the university increased from 484 last year to 502, while the number of license agreements signed by the university rose from 218 to 232.

“The research enterprise continues to grow year after year,” she said. “The university has made tremendous investments to create infrastructure on campus to support technology commercialization.”

Ambiq Micro: $29 million
May Mobility: $22 million
Ascentage Pharma: $188.2 million ($38.22 million in an IPO)
Everactive: $30 million
HistoSonics: $54 million
Mythic: $30 million
Kura Oncology: $100 million (in a secondary offering)
OncoMed: $57.4 million (in merger/acquisition)
The above companies were startups spun out from UM, and the funds were raised in FY2019

Most of the $643 million — $505 million in venture and angel investment and $138 million from public markets — was raised by startups launched in past years. The largest sum is attributed to Maryland-based biopharma firm Ascentage Pharma, which announced in July that it raised $150 million in Series C funding and subsequently raised an additional $38.2 million in an IPO. The second biggest was San Diego-based biotech company Kura Oncology’s $100 million, raised through a second public offering in June.

The other startups from 2019 span from IoT and software to materials science and the university’s first fintech startup, Equarius Risk Analytics.

UM Tech Transfer spokesman Mark Maynard said the university has “equity in many of our startups as a result of the licensing agreements we’ve negotiated with them.”

Voxel51 and DGD Pharmaceuticals, which takes an immunotherapy approach to tackling cancer, will each be spotlighted at the university’s annual Celebrate Invention event scheduled for Oct. 22 at the Michigan League convention center in Ann Arbor.