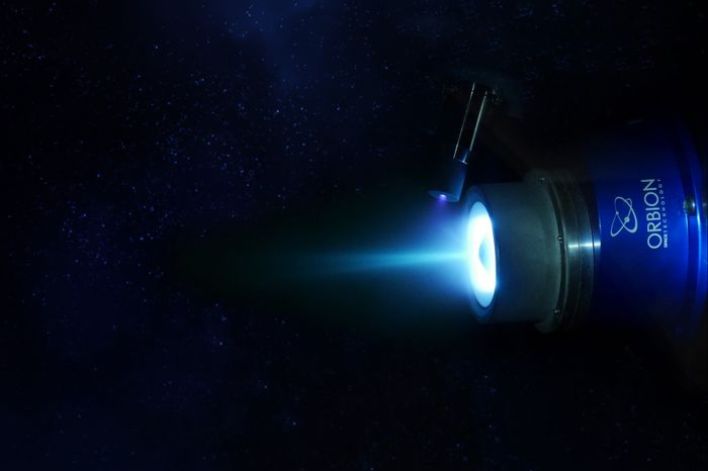 HOUGHTON, MI – At the forefront of small satellite technology is an Upper Peninsula company that spun out of research at one of Michigan’s public universities.

With nearly $10 million in investment capital - mostly from within Michigan - secured in two years, Orbion Space Technology is skyrocketing in the aerospace world. The company is preparing to mass produce its Aurora plasma thruster system that will improve the efficiency and effectiveness of small satellites, The Daily Mining Gazette reports.

“The Aurora thruster allows commercial satellite users to enjoy the same exquisite performance that only government agencies could afford in the past - but at a price that is four-times lower,” founder and CEO Brad King told MLive. “Because of its tremendous fuel efficiency the Aurora thruster will allow small satellites to proliferate all regions of space from incredibly low Earth orbits where aerodynamic drag would bring a normal satellite down in days to interplanetary missions to Mars and Venus.”

This month, the Houghton-based Orbion was recognized for its groundbreaking work when Michigan Venture Capital Association named it Up and Coming Company of the Year.

Founded in 2017, Orbion is “propelling the small satellite revolution with plasma propulsion systems built by robots,” according to the company website. The Aurora provides “affordable, reliable, electric propulsion.”

The product boasts “better data” because satellites can operate at lower altitudes, which means higher quality images; “lower costs” by reducing the amount of propellant needed for on-orbit maneuvers; and “fewer launches” due to its efficient drag that extends the orbital lifetime for small satellite missions, the website says.

The thruster will also reduce “space junk” as it allows satellites to maneuver back into the atmosphere to burn up, Forbes reports.

The first few units will be built by hand, the Forbes report said. The first one is scheduled for delivery during fall 2020, and is expected to be launched before the end of that year.

The company is a spin-off of research conducted at Michigan Technological University, the Gazette report said. Most of the company’s talent comes from the university.

King is a 19-year Michigan Tech faculty member and professor of space systems. Chief Technology Officer Jason Sommerville earned his Ph.D. from the university is credited as a co-founder.

King told Forbes he expects small propulsion unit annual sales to reach $1 billion in the next seven years, which means Orbion is coming into the market at exactly the right time. He estimates that soon, around 3,000 satellites could be launched per year, that’s compared to about 150 annually for the past 40 years.