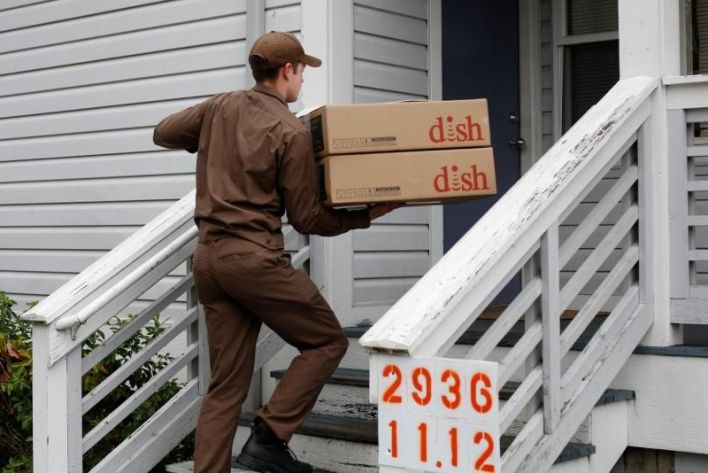 What happens when delivery startups use employees instead of contractors

He spent a few years ferrying packages around Sacramento, California, for Amazon before switching to Deliv, a mid-sized same-day delivery startup, in late 2017. Deliv makes deliveries for retailers like Macy’s and Walgreens, and MacLeod liked that about it. He liked seeing the same people every day and chatting with them when he picked up packages. He liked it a lot more than dashing around with a trunk full of Amazon boxes.

So when Deliv announced earlier this year that it would change its model in California from independent contractors to employees—including a limited number of full-time driver positions—MacLeod knew he wanted a full-time slot.

On July 15, Deliv hired drivers in Sacramento as employees, its test market for the switch. MacLeod, 41, got hired full time. He now works Monday through Friday, 2pm to 9pm. He earns $13.50 an hour plus $0.58 per mile for wear and tear on his SUV. He has a 401(k), health benefits, and has started accruing paid time off. “There’s a lot of perks that come with this,” says MacLeod.

There’s been much speculation about what will happen to delivery companies like DoorDash, Postmates, and Uber Eats if they are forced to reclassify their contract workers as employees under a bill, known as AB5, signed yesterday by California governor Gavin Newsom. Flexibility is often cited as the top perk of contract-based “gig” work; companies including Uber have warned it could disappear under an employment model, with drivers forced to work scheduled shifts for a single firm. “Certainly, the flexibility of drivers would be limited,” Uber chief legal officer Tony West told reporters last week.

But we can do better than speculate. There are already several private-sector delivery companies that hire their drivers as employees. Some, like Deliv in California, recently made the switch. Others, such as food-delivery platform Waitr and global parcel delivery giant UPS, have long preferred employees to contractors. Ask people at these companies and they will tell you: hiring employees works in delivery, but it requires much more rigor, efficiency, and, yes, control by the company than if those workers were contractors.

The tale of Homer

Adam Price founded Homer Logistics, a last-mile delivery startup, in New York City in 2014. It was the heyday of online platforms that promised to deliver anything, at the touch of a button, in minutes and for an impossibly low price. Almost all of the companies in the space—Postmates, DoorDash, Uber Rush (a precursor to Uber Eats), and others you have never heard of because they didn’t survive the bubble—hired independent contractors. Not Homer.

Contractors became the model du jour because they were significantly cheaper to hire than employees. With contractors, companies avoid employment-related costs like payroll taxes, unemployment insurance, and the local minimum wage, all of which can add up to 30% to the labor bill. Companies can legally exert less control over contractors, and turnover is often much higher, but that didn’t faze on-demand firms, which in the mid-2010s enjoyed a seemingly endless supply of people signing up to work via their mobile apps.

Price, a former aerospace engineer with a knack for logistics, saw it the other way. He figured a well-managed team of employees would be more expensive upfront, but pay off with lower churn and higher efficiency in the long run. Homer hired hundreds of couriers as employees, paid them a competitive hourly wage, and gave them benefits including access to stock options. Price wrote long, wonky blog posts on the problems with hiring contractors and the flawed economics of his on-demand rivals.

Companies that rely on contractors have different concerns from those that rely on employees. In the contractor model, the main concern is the supply of workers. Companies need a big labor pool to draw from because, as contractors, workers are free to turn down jobs. Contractors get paid per delivery, which gives them an incentive to get more done (provided it’s ultimately worth their time). With employees, efficiency is the most important metric, because they earn an hourly rate regardless of how many deliveries they do. It’s up to the company to make sure employees are productive enough to make the hourly wage it pays them worth it.

“The overhead is not so much in these benefits and other things that people think of,” Price says. “The cost is in the management overhead and the employee engagement to get people to work when they’re getting paid a flat rate.”

Price is now CEO of Waitr, a publicly traded food-delivery firm based in Lafayette, Louisiana, that acquired Homer earlier this year. Waitr drivers’ earnings average around $14 per hour—in wages, tips, and expense reimbursement—in states where the employer contribution to tipped workers can be as low as $2.13 per hour. The math gets tougher in states and major metro areas that require a greater employer contribution. In California, where many gig companies do big business, employers must pay the full local hourly wage—$11 in the state and $15 in cities including San Francisco—regardless of tips.

Waitr doesn’t operate in California, but Price watched closely as the state debated and then passed AB5, validating the bet he made with Homer’s business model years ago. “This is great,” he said by phone last week. “I love it.”

The gig economy sells convenience, on-demand. Uber is a multibillion-dollar company because it lets you hail a ride in minutes from your phone. DoorDash is valued at $13 billion because it lets you order dinner at the last minute. These companies cater to customer demands that are impulsive and constantly changing. They tap flexible pools of contract labor—drivers, delivery people—that can meet that demand dynamically.

Deliv founder and CEO Daphne Carmeli wants to be clear: Deliv is not an on-demand company. The company was founded in 2012 in Menlo Park and has raised $85 million—peanuts by today’s standards—from investors including Alphabet, General Motors, and, as it happens, UPS. “Our world is about scheduled delivery,” Carmeli says. “The insight that we had is predictability trumps speed. Because what you really want to avoid is the dreaded yellow sticky on your door that you’ve missed your delivery.”

Focusing on scheduled delivery means Deliv has always done things differently from other delivery companies, like have its couriers work shifts. Even when they were contractors, Deliv workers like MacLeod had to log onto their app every Tuesday night to choose hours for the following week. Signing on too late could mean getting the least popular shift or no hours at all. Deliv also designed routes that focused on having drivers deliver the most packages over a set period of time. Carmeli likens Deliv to an airport shuttle: it takes longer than a taxi, but moves a lot more people.

Carmeli says Deliv’s model makes it “agnostic to worker classification.” So as politicians in California debated AB5, Deliv terminated its contractors, launched a California subsidiary, and hired drivers as employees via the new unit. “It turns out that it was something of a brilliant move for us to do it when we did, because look where we are right now,” Carmeli says. She doesn’t dispute that contractors are cheaper (“an hour of an employee driver compared to an hour of an independent contractor is more expensive, full stop”) but says Deliv benefits from being able to manage and train its employees, and from better retention. Deliv hasn’t decided whether it will switch to an employee model in the 17 others states, plus Washington DC, where it operates.

UPS has hired employees since it was founded in 1907. (Managing a pool of on-demand contract workers was admittedly a lot harder before smartphones and the internet.) The $104 billion corporation employs more than 480,000 people globally and permanent jobs come with healthcare and retirement benefits, Matthew O’Connor, a company spokesman, said via email. Of UPS’s 396,000 hourly workers, half are part-time, O’Connor said, adding that many UPS employees chose part-time work for the flexibility it provides.

At Deliv in California, meanwhile, MacLeod says not all workers are happy as employees. There’s a dress code now (a branded t-shirt). The summer has been slow and people aren’t getting that many hours. A lot of the part-timers don’t like it, and as far as MacLeod knows, he’s the only person in Sacramento who got hired full time. “You’re a lot more accountable as an employee,” he says, “so that’s going to turn a lot of people off.”

But not MacLeod. He loves it. He gets all his hours. He’s already thinking about the future, like how if Deliv ever opened an office in Sacramento, he could try to get a job there. Maybe a leadership position, or a role training new drivers. He always saw Deliv as more than a side gig, and now the company sees it that way too. “I got in at the ground level with Deliv, so I’m trying to stick with them and ride them to the top,” he says. “I’m very loyal to Deliv as my company.”