Significant Financial Event– After Invest Michigan has invested, either: 1) a Series A financing; 2) attracted a strategic investor; 3) has become net income positive; or 4) has been acquired.

Invest Michigan is a non-profit that invests in early-stage high tech businesses located in Michigan.  Since 2014, Invest Michigan has been one of Michigan’s more active technology investors and continues to seek new investment opportunities. 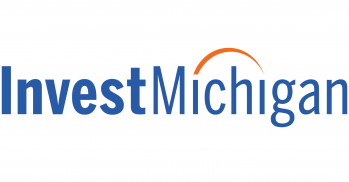 The University Commercialization Fund invested in 14 early stage technology start-ups that originated from within universities in the state of Michigan.

Genomenon announced today that Elizabeth Varga has joined the company’s leadership team as Director of Customer Success. In this newly created role, Varga will lead the company’s client development strategy, using insights to provide input for product marketing and direction for both clinical and Pharma customers.

“Having spent most of my career on the front lines as a genetic counselor advising families and clinicians on the impact of genomic variants for their health, family planning and therapeutic management, I fully appreciate the need for comprehensive and efficient tools to facilitate direct translation into the clinic,” said Varga. &l

SAN JOSE, Calif., Aug. 17, 2020 (GLOBE NEWSWIRE) -- Movellus today announced that Fred Weber has joined its Board of Advisors. Mr. Weber will help with Movellus’ mission to deliver architectural innovations, initially in the areas of clock generation and distribution, to the high performance SoC, processor, and AI markets.

Fred Weber is well-known for his contributions at AMD, where he served as Chief Technical Officer and Corporate Vice President. During his tenure at AMD, Mr. Weber led the development and delivery of the industry’s first x86-compatible 64-bit processors, the Opteron and the Athlon 64. Mr. Weber has also served as a board director at Lattice Semiconductor, MIPS, NetSpeed (now Intel), and SeaMicro; he is currently an advisor to Samsung and Cerebras Sy

This is an article about portfolio company, TD Online Accounting.